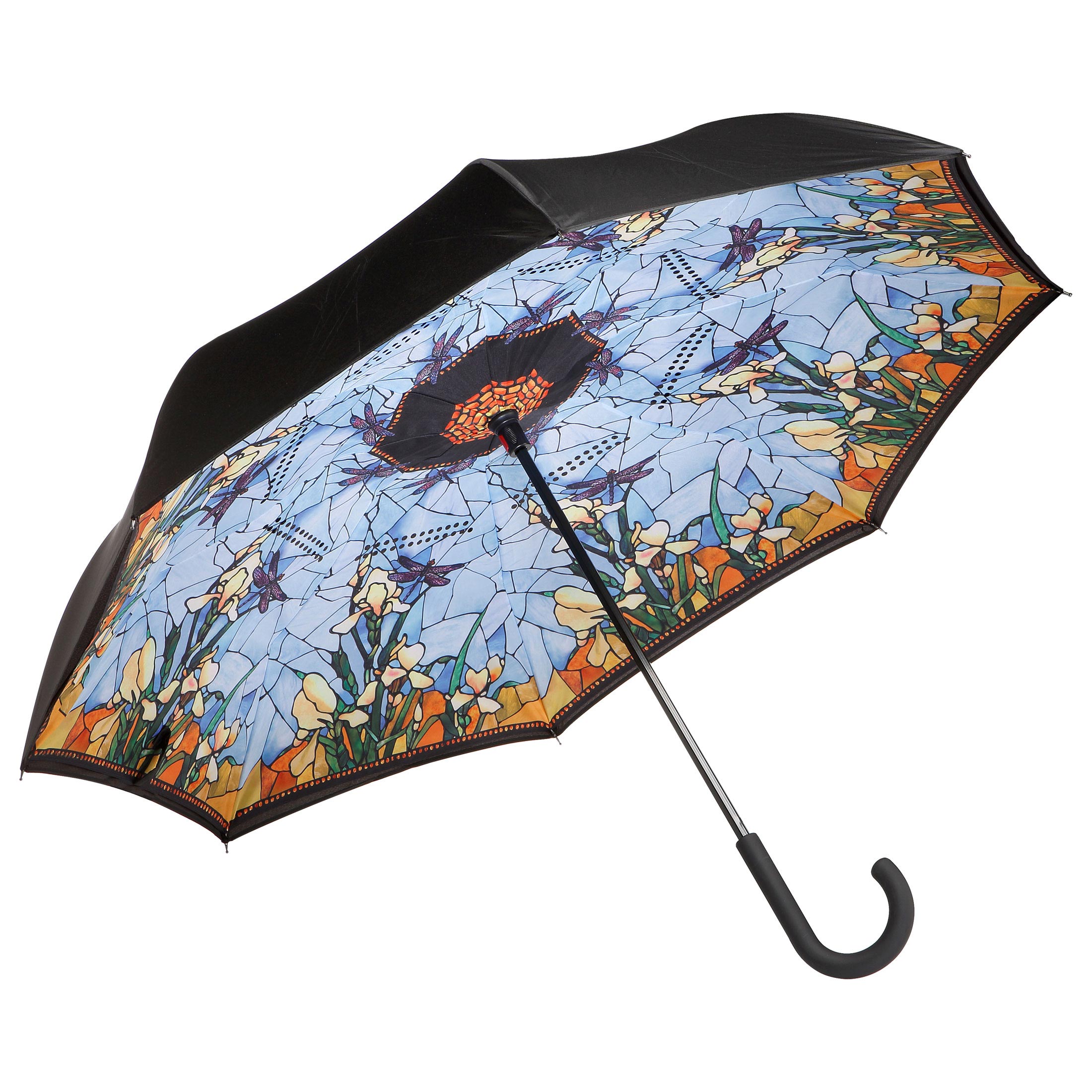 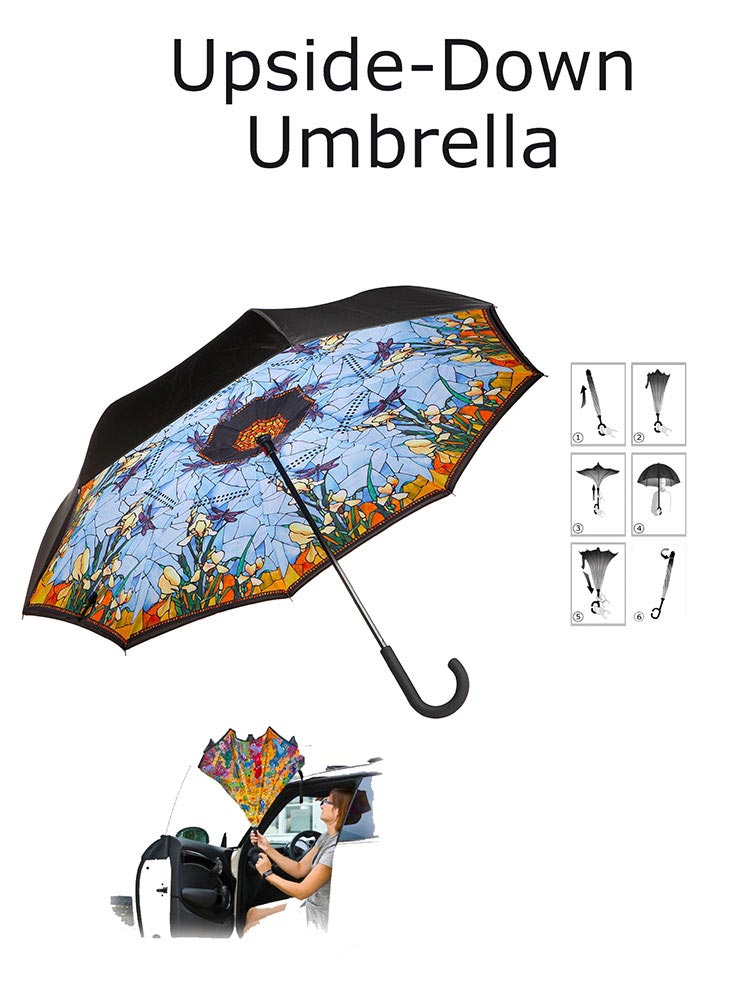 The traditional umbrella has been turned upside down and inside out due to an innovative two-layer construction. When folding the umbrella the wet outer part is being pulled inside and the raindrops cannot drip down.

Products of the same artist 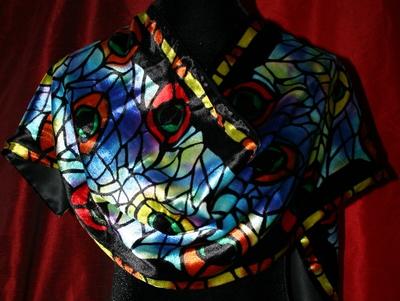 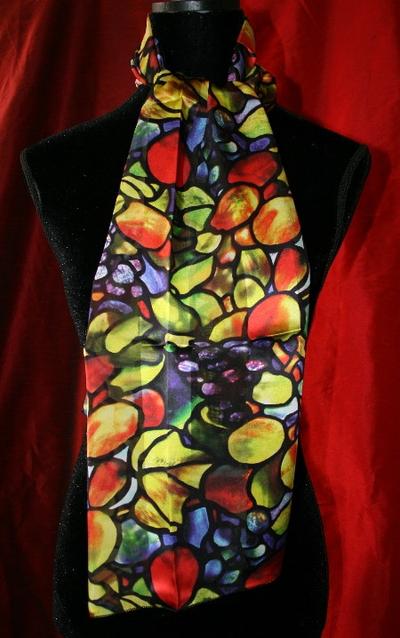 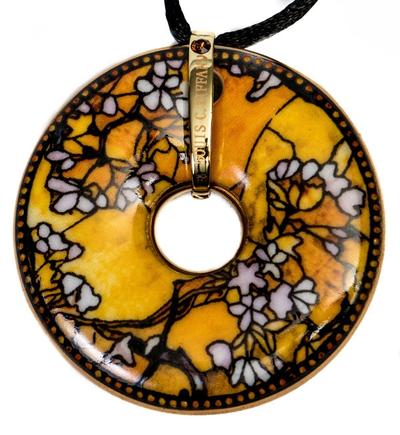 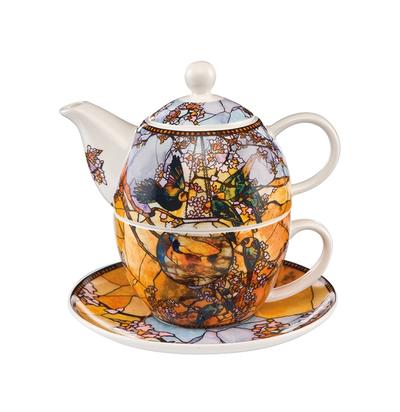 Tiffany Tea for One : Parakeets 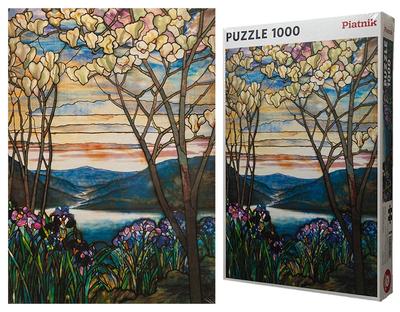 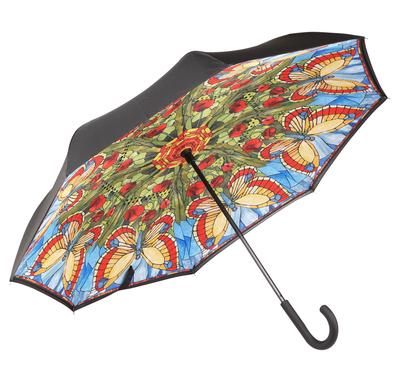 Art Nouveau is an artistic movement that emerged at the end of the 19th century, primarily in Europe, and developed until the beginning of the 20th century. It was founded by artists such as Victor Horta and Hector Guimard, and was characterized by extravagant ornamental style and the use of motifs inspired by nature. The Art Nouveau movement reached its peak between 1895 and 1905, but its influence continued to be felt in art and architecture for many years afterwards. It was influenced by many artistic and cultural movements of the time, including Japonism and the Art & Crafts Movement. Art Nouveau artists were known for their use of fluid, curving lines and complex, ornamental motifs, often inspired by nature. They also explored new production techniques such as blown glass and metal forging. Many of them worked in fields such as architecture, sculpture, engraving, photography, and furniture design. The most famous Art Nouveau artists include Victor Horta, Hector Guimard, Gustav Klimt, Antoni Gaudí, Alphonse Mucha, Théophile Alexandre Steinlen, Henri de Toulouse-Lautrec, and Aubrey Beardsley. Their works were exhibited at international exhibitions, and helped to popularize the Art Nouveau movement around the world. Although Art Nouveau was an important movement in the history of art, it was also criticized for its lack of political and social substance, and eventually gave way to other artistic movements at the beginning of the 20th century. However, its influence continued to be felt in art and architecture, and it is still admired and celebrated today for its beauty and creativity. 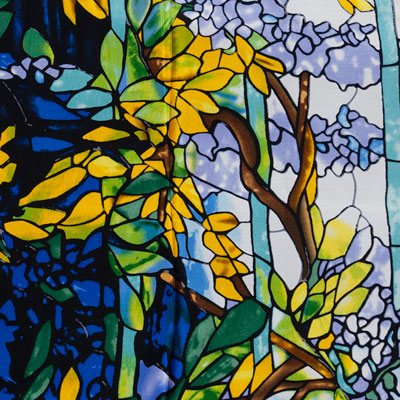 Louis Comfort Tiffany was an American artist and designer known for his work in the Art Nouveau movement and for his creations in glassware. He was born on February 18, 1848 in New York, into a family of wealthy entrepreneurs and philanthropists. Tiffany studied painting and sculpture at the École des Beaux-Arts in Paris before returning to the United States to pursue his artistic career. He began working at his father's company, Tiffany & Co., which specialized in the sale of jewelry and luxury goods. It was there that he discovered his passion for glassware and began experimenting with different techniques and materials to create unique works. Tiffany became famous for his colorful glass lamps and stained glass windows, which were highly appreciated for their beauty and originality. He also created jewelry, furniture, fashion accessories and home decor items, all of which were influenced by the Art Nouveau style. In addition to his artistic career, Tiffany was also an active philanthropist and environmentalist. He created several botanical gardens and participated in conservation projects throughout the country. He passed away on January 17, 1933 in New York, leaving behind an indelible artistic legacy.