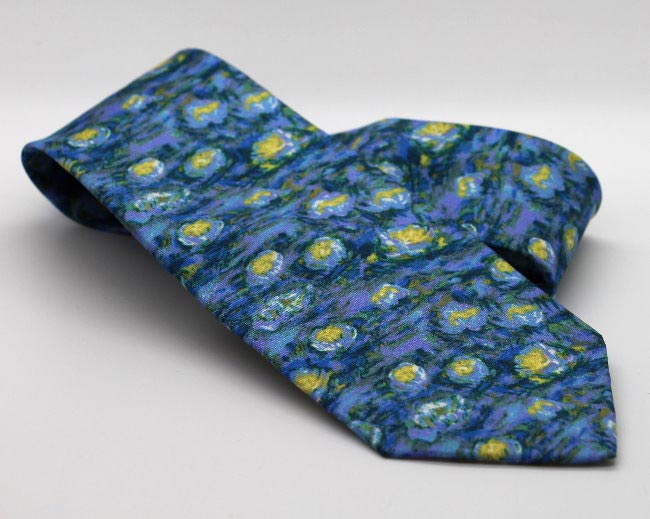 This Pierre-Claude MONET necktie is hand made in France and measures 140 cm in length with a classically English blade width of 9.5cm.

Products of the same artist 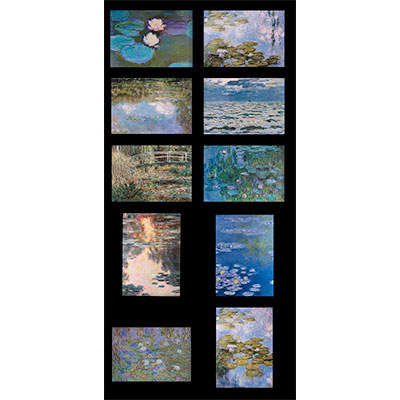 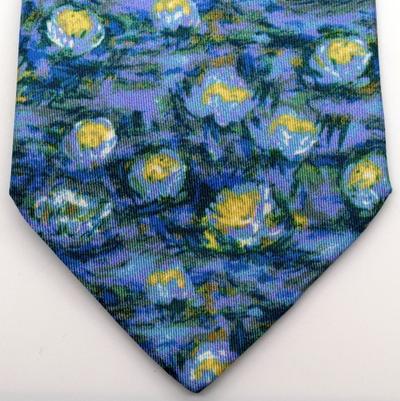 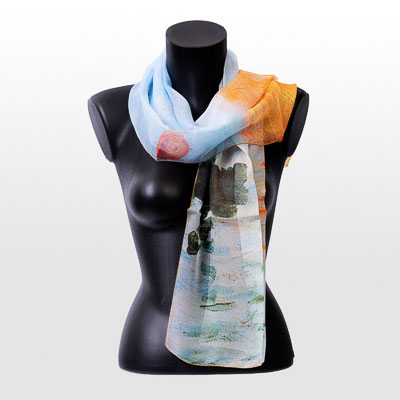 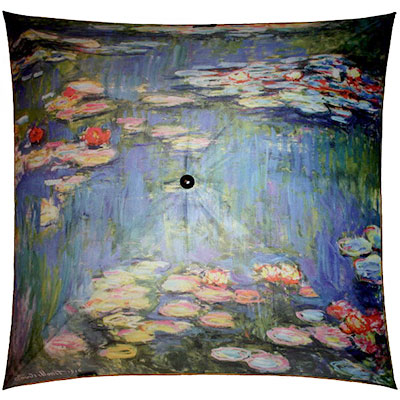 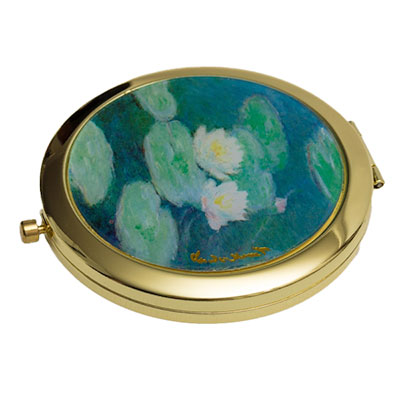 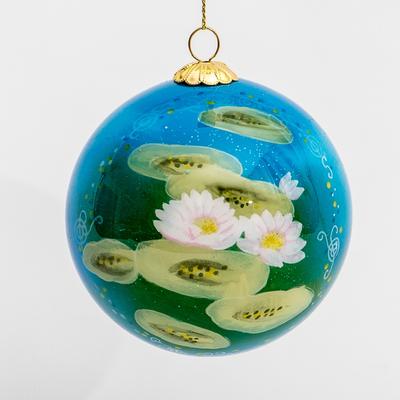 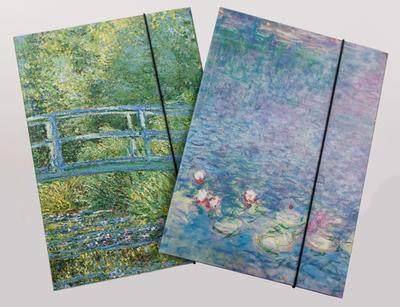 Folders for documents A4 - Claude Monet 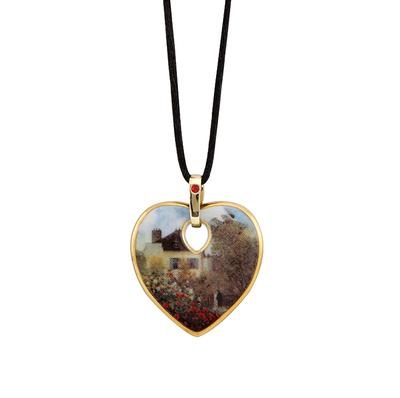 The Impressionist movement in painting emerged in France in the 1870s and developed until the end of the 19th century. It was characterized by the use of light and color to capture impressions of the surrounding world, rather than accurately representing reality. Impressionists also used rapid brushstrokes and vibrant colors to capture the effect of changing light on objects and landscapes. The main Impressionist artists included Claude Monet, Edgar Degas, Pierre-Auguste Renoir, Camille Pissarro, and Berthe Morisot. Famous works by Monet include "Impression, Sunrise" (1872), "Water Lilies" (1905-1926), and "The Bridge at Argenteuil" (1874). Degas is known for his paintings of ballet scenes such as "The Dance Class" (1871) and "Dancers Resting" (1879), as well as numerous paintings of women bathing. Renoir is known for his paintings of everyday life scenes such as "The Ball at the Moulin de la Galette" (1876) and "The Large Bathers" (1884-1887). Pissarro produced many landscape paintings including "Place du Théâtre-Français" (1898) and "Boulevard Montmartre, Spring Morning" (1897). Morisot is known for her numerous paintings of women and everyday life scenes such as "The Boating Party" (1881) and "Young Girl at the Window" (1870). In addition to these famous artists, the Impressionist movement was also influenced by artists such as Paul Cézanne, Paul Gauguin, and Vincent Van Gogh. Cézanne is known for his landscape paintings of the area around his hometown of Aix-en-Provence, as well as his still life paintings. The Impressionist movement was initially criticized by art conservatives for several reasons. Firstly, Impressionists were criticized for their unconventional use of color and light. While traditional painters strived to represent colors accurately and realistically, Impressionists used brighter and more vibrant colors, and employed painting techniques like pointillism to create effects of light and movement. Secondly, Impressionists were criticized for their lack of respect for academic rules and traditional perspective. While academic painters strived to represent objects accurately and realistically, Impressionists chose to represent objects more abstractly and stylized, focusing on the sensations and emotions they wanted to convey rather than the precision of representation. Finally, the Impressionist movement was criticized for its lack of political and social substance. While many painters of the time engaged in important political and social subjects, Impressionists chose to focus on lighter and more everyday subjects, such as scenes of everyday life and landscapes. Due to these criticisms, the Impressionist movement had trouble finding an audience at first, and its members often had difficulty selling their works. However, the movement eventually gained popularity in the 1880s and 1890s and eventually became one of the most famous and influential artistic movements in history.

Claude Monet is one of the most important impressionist painters. It is even to one of his works Impression Soleil Levant that we owe the term impressionism.
Passionate about nature, gardening, light, he will be his lifelong attached to his property in Giverny, which he will shape as he pleases.
Understanding, through his dealer Paul Durand-Ruel, that the series of paintings help establish the style of the painter, he will embark on this challenge of renewing himself by treating the same subject about forty times! The Water Lilies, but also The Haystacks will be the perfect illustrations of this approach.